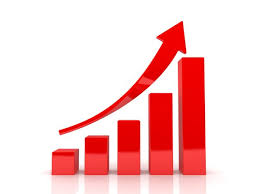 The latest figures show that search marketing spend within the top online retailers in the US jumped by a whopping 25% in 2012. Which means more shoppers are arriving at ecommerce sites from paid search results.

The average monthly spend on search marketing in 2012 was $80,000, which is up nearly a half over the same figure last year.

The biggest spender in the US was Amazon.com with a monthly paid search spend of nearly $4 million. This was actually down slightly on 2011, but almost all other retailers on the top ten list of the US’s biggest spenders upped their budgets. Stapes, in second place on the list, spent $766,000 a month in 2012, up from $681,000 in 2011.

The trend for increased spending on paid search was evident in 2012 across all sectors in the US.

One reason for the increase, says the clickmate team, were the latest changes introduced by Google. The search engine regularly changes their formulas and algorithms. Particularly influential were Google’s Product Listing Ads which appear high up on the search results page in places usually reserved for natural search results. This was one of the main reasons why ad revenue is being driven up.

This trend is likely to be reflected in the UK and other European markets says the clickmate search marketing team. The overall level of spend will also increase over the coming years as the economic situation improves.