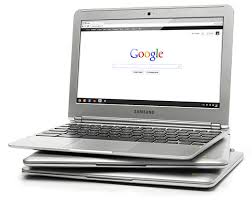 What you search on, is really just as important as what you search for in the eyes of the search marketing industry, so it was with interest that the clickmate team read about the demise of the PC and the rise of the Chromebook.

Most people accept that PCs are taking a bashing. The focus in the personal computing market is rapidly switching from traditional desk tops and laptops, to tablets and smartphones.

The problem with the latter two devices, is that they are geared more towards the personal user, than the business user. Come to write a large document, or enter volumes of data onto a spreadsheet, and the tablet, or smartphone struggles. In the office environment, the PC still has a role to play and indeed, will continue to have that role for some time to come.

But PC sales are on the decline, with the latest market figures showing that there has been a near 9% fall in sales over the last three months compared to the same time last year.

The big PC manufacturers are unable to stop the rot, but they are becoming increasingly involved with the Google Chromebook, powered by the Chrome OS, which is actually increasing sales. In 2013, figures suggest that two million units will be sold, whereas by 2016, some 12 million will have been shifted off the shelves.

The Chromebook is a Google tied device which allows people to exploit the best components of a laptop. It is basically a cut-down laptop which allows web-searching and some office features.

At around the £200 price point and made by some of the leading computer manufacturers, the Chromebook is not designed to make money in hardware terms, but creates a ‘loyal’ user for Google. Everyone who uses it, has to sign into their Google account and become a ‘target’ of their advertising schemes.

The PC is dead, but in laptop terms, it might just be being resurrected by Google who take search marketing very seriously indeed.