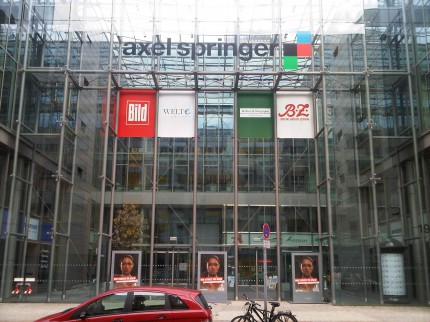 It’s a well-known fact that within the search marketing industry, Google reigns supreme, yet very few people publically admit that they actually do not like the power that this one company wields.

Now, however, a boss of a leading European media company has spoken out and criticised the search engine giant.

This is a rare moment of honesty from such a senior businessman who’s on the public stage.

The attack came from the CEO of Axel Springer, Mathias Dopfner, who admits that his team is afraid of the power that Google possesses.

His comments were made in an open letter which was addressed to Eric Schmidt, Chairman of Google. He asks if Google has the idea of creating a super state in which privacy and anti-trust laws were not applicable.

Google, which recently signed a deal with Axel Springer, has not officially commented on the letter.

In the letter Dopfner said: “With the exception of biological viruses, there is nothing with such speed, efficiency and aggressiveness that spreads like these technology platforms, and this also lends its creators, owners and users with new power.”

He was particular worried how new tech companies view the ideas of privacy and also made reference to Facebook’s founder Mark Zuckerberg: “…And Zuckerberg said: ‘I do not understand your question. Those who have nothing to hide, have nothing to fear…’ Again and again I had to think about this sentence. It’s terrible. I know it is certainly not meant that way. This is a mind set that was fostered in totalitarian regimes not in liberal societies. Such a sentence could also be said by the head of the Stasi or other intelligence service or a dictatorship.”

Clickmate will wait and see if other company bosses come out with similar opinions.