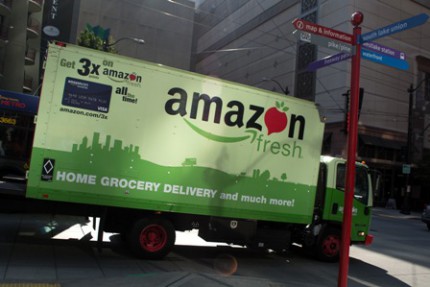 A new report has just hit the streets which confirms that 2014 was a great year for US e-retailers. It was not only a record year, but the fifth year in succession that web sales growth has been around 15%. And the figures are huge. In 2014, US citizens spent a staggering $300bn online.

But, what has surprised many, is that Amazon, not Google, commands the search marketing arena. It’s the ecommerce giant that manages to catch some 30% of that total revenue.

What’s perhaps most worryingly for Google, other search engines and indeed other e-retailers, is that the conclusion from the survey, is that 44% of buyers don’t bother with a web search, but go directly to Amazon and search on their site. A previous report had concluded that in 2012 some 30% of buyers used the Amazon retail site as their first stop for online shopping. So, in just three years, their dominance has grown by 14%.

But, other e-retailers are not only concerned about the dominance of Amazon, they fear the use of personalization software as one of their biggest threats. The threat is based on the fact that if they don’t employ such software on their own sites – which filters users requirements and continually offers them ideas and recommendations – then they will quickly get left behind.